Posted on October 4, 2018 by gptuitionsg 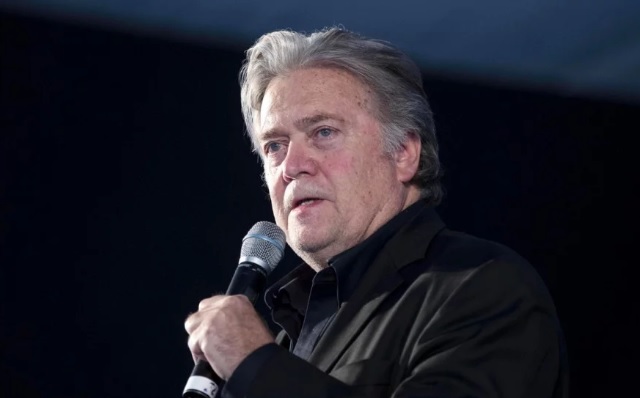 In recent times, the US government led by President Donald Trump has confronted China on the issue of trade with a hostility that is unprecedented in modern times. Accusing China of stealing US technology and unfair trade practices, Trump has imposed tariffs on some US$250 billion worth of Chinese imports, or almost half of all Chinese imports to the US. While it is popular to regard Trump and his former chief strategist Steven Bannon (above) as madmen, there is actually a coherence behind the rationale for the US government’s actions as well as the strategy that they are executing. The two superb articles below from the South China Morning Post (a newspaper that I am increasingly impressed with – and they don’t even have a paywall!) gave me a much better understanding of the Trump administration’s actions and attitude towards China, and even a certain degree of empathy for them. Interestingly, the firebrand Steve Bannon also now strikes me as a deeply intelligent, thoughtful man. As you read these articles, ponder on the struggle between the forces of globalisation and anti-globalisation – is the seemingly inexorable trend of an ever more tightly integrated world about to reverse course?

Steve Bannon, two Chinese military officers and the book that made him a China hawk

Steve Bannon, US President Donald Trump’s former chief strategist, says it was a book by two Chinese military officers that helped him conclude that “China was engaging in economic warfare against us”.

Bannon, who claims to have been “one of the biggest China hawks” in the president’s circle of advisers even before the trade war Trump started this year, also called Beijing’s “totalitarian political and economic system” the root of the rivalry between the two great powers.

Unrestricted Warfare, a book on military strategy by two senior People’s Liberation Army officers impressed Bannon when he read it in 2010.

‘Trump won’t back down’: US president plans to make trade war unbearable for China and bigger than ever, Steve Bannon says

In an exclusive interview, the former White House chief strategist says Beijing was caught off guard by the magnitude of the plan he hatched with Trump

US President Donald Trump’s strategy is to make the trade war with China “unprecedentedly large” and “unbearably painful” for Beijing, and he will not back down before victory, former White House chief strategist Steve Bannon said in an exclusive interview.

Bannon said the aim was not just to force China to give up on its “unfair trade practices” – the ultimate goal was to “re-industrialise America” because manufacturing was the core of a nation’s power.

He also took aim at the “Made in China 2025” plan – an attempt by Beijing to catch up with the West in 10 key technology sectors, saying China was using generous government support to reduce its reliance on the West for future technology.

Bannon, who claimed to have helped Trump draw up the trade war plan, said that in the past, tariffs had been limited to imports of between roughly US$10 billion and US$30 billion but the sheer magnitude of the more than US$500 billion in question this time had “caught Beijing off guard”.

Website owner Steven Ooi, a First Class Honours grad from the National University of Singapore, retired from a distinguished 14-year career as a GP and English tutor in 2016. He continues to blog on issues of concern to General Paper and student life.

GP or English tutors (including part-timers) keen to be listed on this website (consistently ranked top 10 on Google) as a Recommended Tutor, please email stevenooi18 @ yahoo.com (remove the spaces). Tutors in other subjects interested in having links to their website are also welcome to contact him.

A dedicated English and GP tutor with First Class Honours from the National University of Singapore, Steven Ooi retired from the profession after a 14-year career during which he was one of the most sought-after private tutors in Singapore. He is the recipient of the Minerva Prize from NUS, which is awarded to the top English Language honours student of each cohort. This website, which has consistently ranked among the top 10 on Google and has received over 530,000 hits, has now been converted into a GP resource site cum listing of recommended tutors. If you are a GP or English tutor who wishes to be listed here, please email Steven Ooi at stevenooi18 @ yahoo.com (remove the spaces). Interested parties will be assessed and interviewed by him, and qualifications will be checked. These procedures are necessary to uphold quality standards. DISCLAIMER: While every reasonable effort has been made to assess the competence and verify the qualifications of recommended tutors here, no guarantees are made and you engage them at your own risk. By using this website, you agree that you will not hold the webmaster Steven Ooi responsible for any consequences — direct or otherwise — that occur in relation with your use of this website.
View all posts by gptuitionsg →
This entry was posted in Recommended Articles and tagged english tutor, globalisation, gp tuition singapore, gp tutor singapore, recommended tutors. Bookmark the permalink.